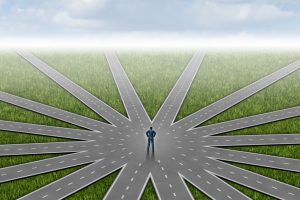 “I don’t know where my path is yet. I’m just walking on it” – Olivia Newton-John

Every time I think I have handled a new way to present my project, there is always another way of executing it. That’s what it most frustrating right now, providing a clear, and concise project while also proving the point I am trying to highlight. It feels like there isn’t an end to the road that I am going on. Right now, I’m in the middle of looking at the history of mental disorders and the treatments that were provided into making them more tolerable….This is a very different route I am going after now after trying to prove that diversity is a problem within films that portray mental illness. The problem with the portrayal of mental illness is that it’s very ambiguous that to portray in the movies because if it’s not explicit, then it’s all based on assumption.

Considering that I am dealing with a very general topic with no specific guidelines like the Vito Russo Test, or the Bechdel Test, it can get frustrating trying to create one without having all the necessary credentials first. I plan on overcoming these challenges right now by continuously studying hard and reading as much as I can on the history of the cultural identity attached to mental illness and how films during that time portrayed mental illness. There is no clear concise answer yet, but I feel that isn’t the basis for a good research plan. I’m hoping that the films that I chose from the list of films that have mental illness TREATMENT will have a better correlation of ideas than the previous approach. I will continue to look at films that have treatment in them, including ECT, and antipsychotic medicines integrated into the story of the films and see if these portrayals are tied to the era that they are released in. I’ve gotten specific about the films that I chose. Either the films have to have a character with a diagnosed mental illness, and there have to be signs of psychiatry in practice or mental institutions as being a part of the plot. This way, I am keeping the data set of films specific, but hopefully, they provide some correlation.

I have read about 5 different articles that are probably useless to me now, but there’s still more to read on this topic that I can use to prove my point. Although there are a lot of issues, there seems to be more information that I have not yet read.

Theme by Anders Noren — Up ↑